Sewer Separation and Sewer Relining for City of Bath, Maine 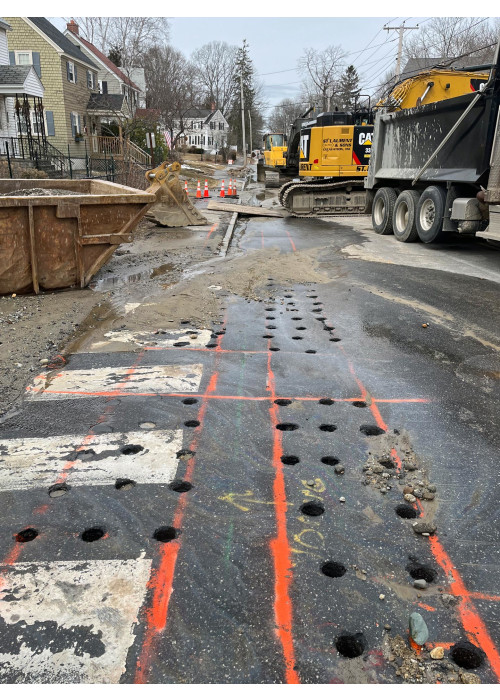 St Laurent and Son is nearing completion of a project to construct new and modify existing storm drains and sewers on Western Avenue, Academy Street and Cobb Road for the City of Bath, Maine. The project started in late October of 2021 under the supervision of Wright-Pierce Engineers is expected to be completed by June 2022. .

There are two reasons for the project. First, the existing sewer lines on Academy and Cobb Streets are in poor condition and also run across private property. The other is the need to separate storm drains from sanitary sewer systems. This separation helps prevent sewage treatment plants from becoming overwhelmed during a rainstorm, which can lead to discharge of untreated sewage into the environment.

Abram Ward, Project Manager for St. Laurent and Son notes “The city, property owners, and public have been very receptive. We want to thank everyone for their cooperation.”

The project is now focused on Cobb Road. But our crew had identified through test pits that some pipe was not where it was expected so we adjusted the plan to install a new manhole on the east side of Lincoln Street. Then, we connected the sewer line for Cobb Road.

Meanwhile, on Cobb Road, the crew has been clearing yard areas and excavating significant ledge without blasting. At times the crews have been drilling and hammering up to 9 feet of ledge to install structures and 18” sewer pipes. "We’ll complete the Cobb Road work with repaved streets and reestablished landscaping. Then, the crews will move on to Academy Street but first we’ll have to excavate through property easements to get there," said Ward.

As we near completion of the project we want to thank the team from Wright-Pierce Engineers, the City of Bath and the people of the community. We’re proud of our work and happy to work with such great people.